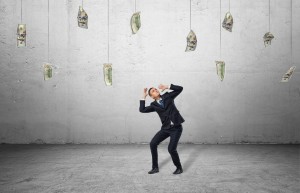 If your neighbour wishes to demolish and reconstruct the party fence wall on the basis that it is in a state of disrepair, you may be required to pay half of the cost of the new wall. The relevant sections of The Party Wall Act etc. 1996 for this example are 2(2)(b) and 11(5).

If you wish to make use of a party wall previously constructed by the neighbour, you may have to pay 50% of the total cost of that section of wall which you are making use of. This would be based on the amount that it would cost to construct the wall today not when the wall was originally built. See section 11(11) of The Party Wall act etc. 1996.

Cutting Away Over Spilled Concrete

A common example of this is where a basement has been constructed and the neighbour wishes to carry out work at a later date, the discovery of the over spilled concrete produced by your previous work could mean that you would have to pay to have the trespassing concrete cut out and removed. The act of cutting away the trespassing concrete is notifiable under section 2(2)(g) of The Party Wall etc. Act 1996.

If a party wall award is served upon you and you believe it is unreasonable, you may appeal the award to the county court within 14 days of the award being served. It is important to note that you can leave yourself at risk of paying a large cost in this scenario, as if an appeal to the court is overturned you may have to pay both incurred cost for your neighbour as well as the cost of the delayed works. It is advisable to seeks advice from an experienced party wall surveyor if you are considering making an appeal. See section 10(17) of The Party Wall etc. Act 1996.