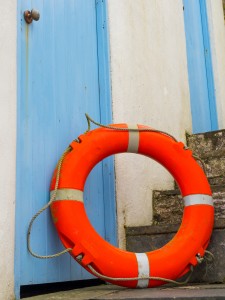 No, ‘The Third Surveyor’ is not a spoof title for a Graham Greene novel. Third Surveyors are real and inhabit the shadows of the Party Wall etc.  Act 1996.
This Act which applies to England and Wales (but not to Scotland or Northern Ireland) regulates building work likely to affect a neighbour’s property and provides a means of settling disputes by the appointment of surveyors. When surveyors are appointed, their ﬁrst duty is to select a third (section 10(1)(b)). It is good practice for them to tell the parties who this is. It is important for the parties to know because they, as well as the surveyors, may refer a matter in dispute to the Third Surveyor. Usually the selected Third Surveyor is not told, much to the surprise of parties contacting a Third Surveyor. There is no discourtesy intended, it is simply custom.
What does a Third Surveyor do? He or she may be seen as a referee or a life preserver for the dispute resolution process. A Third Surveyor may consider any matter in dispute between the parties within the framework of the Act and settle it by making an award (section 10(11)). How is a Third Surveyor selected? By custom (there is much of this in the party wall surveyors’ world) a choice is usually made from a shortlist of three. The nominees are, or at least should be, experienced practitioners in whom the appointed Surveyors have conﬁdence.
And there the Third Surveyor remains, known but unknowing, unless or until called from the wings onto centre stage.