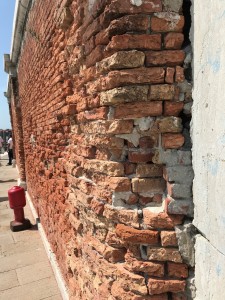 If you are not in the business of party wall surveying, you could be forgiven for being a little unsure as to what they are put on this earth to do. Firstly, a third surveyor is selected and agreed upon by the surveyors appointed by the parties to a dispute under the Party Wall etc. Act 1996, usually unbeknownst to the third surveyor until something goes wrong.  It’s important to understand what a party wall is; there are 2 conditions that create one, a) Where a wall is standing to some extent on the land of 2 owners, and b) Where 2 buildings are joined.   In a nutshell, a third surveyor comes in to play when two parties (neighbours) are in dispute.   If their own appointed surveyors cannot come to an agreement, then a third surveyor who has been selected will make an award (a written document settling the matters in dispute.).    The parties themselves can call upon a third surveyor to determine a dispute.  However, either side has 14 days to appeal the decision and cases can quite often go to court; the appellant is required to let the third surveyor know it’s been appealed, but is not obliged to let them know the outcome.

Most third surveyors are chartered surveyors, engineers or architects but interestingly, a specific qualification is not necessary – so long as you are competent & fair minded, with a large dose of patience and diplomacy, anyone can potentially become a third surveyor.

If you have any queries regarding a third surveyor our very own David Moon will be able to help you.